Thistelescope, along with the rest under construction,  will expand by an order of magnitude our scientific knowledge in the range of very high energy gamma rays 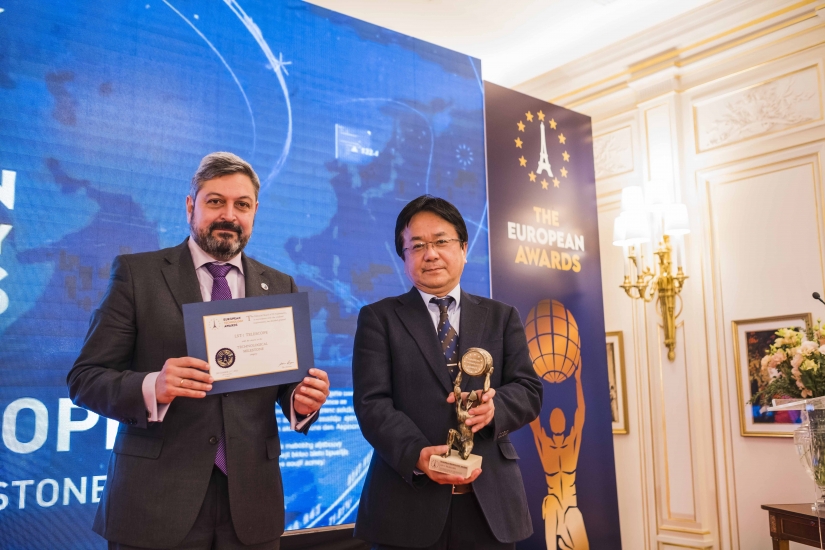 The Large Size Telescope (LST) is one of two classes of telescopes that will be located at the northern observatory of the Cherenkov Telescope Array (CTA), at the Roque de los Muchachos Observatory, on the island of La Palma, (Canary Islands).

Cherenkov Telescope Array (CTA) is a global initiative to build the world's largest and most sensitive high-energy gamma-ray observatory, with dozens of telescopes planned primarily at two locations: one in the northern hemisphere, located on the island of La Palma and another in the southern hemisphere, which will be located near Cerro Paranal, in Chile. This will make the CTA the world’s leading observatory of very high-energy gamma-ray astronomy located on the ground.

LSTs are giant telescopes, each 23 meters in diameter and a mirror area covering approximately 400 square meters of surface, supported a carbon fiber and steel tube structure. They have a camera composed of 1855 photomultipliers that uses cutting-edge technology that allows them to detect individual photons with nanosecond reading times.

The LST-1 telescope is 45 meters high and weighs about 100 tons. It is, however, an extremely agile device, with the ability to reposition itself in 20 seconds to pick up gamma-ray burst (GRB) signals. Both the rapid repositioning rate and the low-energy threshold provided by the LTS are fundamental to the CTA's studies of transient gamma-ray sources in our own galaxy, as well as to the study of active galactic nucleus and gamma-ray bursts with high redshift.

The gamma rays detected by LST do not reach the earth's surface. When a gamma ray reaches the Earth's atmosphere, it interacts with it producing cascades of subatomic particles such as electrons and positrons. These high-energy subatomic particles move so fast that they produce light equivalent to a sonic boom high in the atmosphere. This triggers so-called Cherenkov photons, which take the form of a flash of pale blue light that lasts only a few billionths of a second.

To better understand the nature of the initial gamma ray, data from various telescopes will be used to measure the brightness and direction of the Cherenkov flash. This information is digitized and combined with the other CTA telescopes that scientists use to determine the origin and energy of the initial gamma ray. The data is reduced and sent to scientists around the world to study astronomical objects such as pulsars, black holes, supernova remnants and dark matter.

These telescopes will expand scientific knowledge st cosmological distances and weaker sources with lower energy spectra (within the range of very high energies). In general, the very high-energy gamma rays that these telescopes will detect come from distant objects beyond our galaxy.

The LST Collaboration is made up of more than 200 scientists from 11 countries: Brazil, Bulgaria, Croatia, France, Germany, India, Italy, Japan, Poland, Spain and Switzerland.

The CTA Consortium works closely with the CTAO. It is composed of more than 1500 members from 31 countries, being responsible for directing the scientific objectives of the Observatory. Through this initiative it will address some of the greatest mysteries of astrophysics, by detecting gamma rays with unprecedented sensitivity and expanding tenfold the catalog of cosmic sources currently known. It is a unique and ambitious large-scale infrastructure, which will expand observations to a region of the spectrum never seen before, opening a new window to our Universe.