He is one of the leading traumatologists in the spine treatment 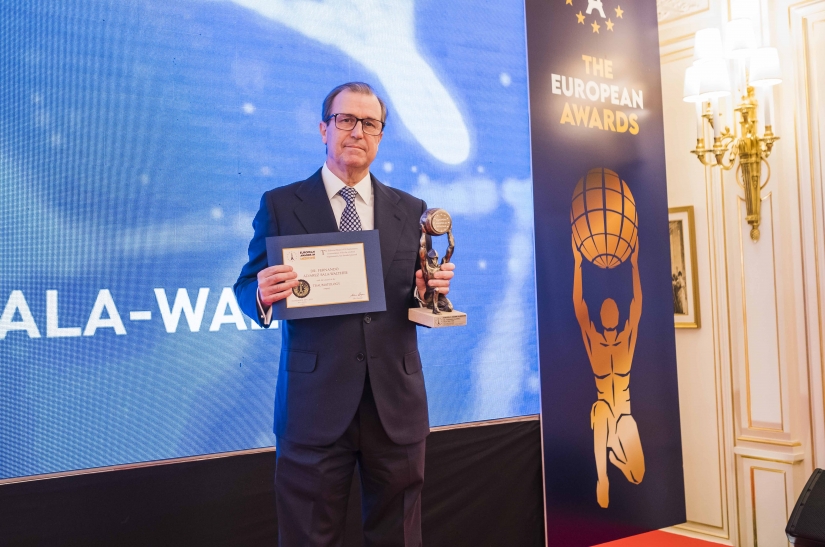 With more than 35 years of experience in his specialty, Dr. Fernando Álvarez-Sala Walther is a national and international reference in spine surgery in all its aspects. He is an expert in navigated and robotic spine surgery, spinal trauma, percutaneous surgery, minimally invasive surgery, lumbar disc herniation, surgery of vertebral deformities (scoliosis, kyphosis, spondylolisthesis) and tumor pathology.

He is one of the best specialists in the country in the area of the spine and has published numerous studies on the specialty in multiple scientific publications. In fact, he has been named by Forbes magazine as one of the 50 best doctors in Spain.

He is recognized for having treated well-known national and international public personalities since he receives patients from different parts of the globe.

Dr. Álvarez-Sala, who comes from a family of doctors, followed his father steps, cardiologist and pulmonologist, and, motivated by his passion for anatomy, he specialized in traumatology, orthopedic surgery and spine surgery. Today, after a brilliant career as a military doctor at the Hospital del Aire from 1983 to 2004, he has been working for thirty years at the Hospital Rúber Internacional in Madrid performing more than 500 surgeries a year obtaining optimal results and having done more than 20,000 back surgeries throughout his career.

At the Rúber Hospital, where the doctor is team leader of the Vertebral Pathology Unit, he has the most advanced technology for spinal surgery. Since 2016 it uses O-arm technology in a pioneering way, and currently the robotic vertebral surgery machine that eliminates the risk of mis-positioning screws in spine surgery. It provides greater safety and precision in spinal surgery, with increasingly less invasive and effective approaches.

Every year, Dr. Álvarez-Sala's team performs more than 300 operations with this technology and so far, in no case have they had to re-operate due to mal-position of implants. Although the doctor appreciates new technologies that provide the possibility of performing these navigated interventions, for this specialist the best treatment is always prevention: "That is why it is so important to exercise to maintain a good physical shape (an adequate weight and a healthy muscle tone), not to force the spine lifting very heavy objects and,  of course, take care of postural hygiene," advises the doctor.

The success of Dr. Fernando Álvarez-Sala Walther lies in his passion for the profession and the innate need to relieve and improve the vertebral ailments of his patients.

The doctor received in 2020 the National Prize of Medicine XXI Century in the traumatology category. A year later, his professionalism and career have been awarded again receiving the European Award in Medicine 2021 in the same category.