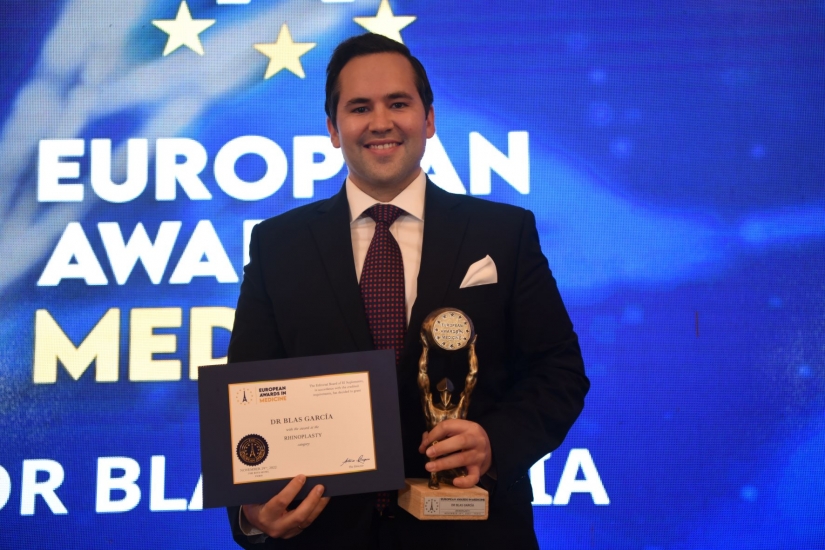 Dr. Blas García is a Spanish doctor and surgeon specializing in Plastic, Aesthetic and Reconstructive Surgery. He is an expert in the ultrasonic rhinoplasty technique has the European record of this type of operations.

His contributions in the world of facial cosmetic surgery have revolutionized the sector at a national level, among other things, for being a pioneer in the use of the ultrasonic rhinoplasty technique (which he introduced in Spain in 2016). This procedure works through piezoelectric terminals that emit ultrasonic waves at a certain frequency, thus being a minimally invasive technique.

This surgery corrects not only any aesthetic deformity of the nose, but also functional problems. More than 80% of the patients that the doctor performs present important functional alterations in nasal breathing that require additional techniques such as septoplasty and radiofrequency of the turbinates to correct deviations of the nasal septum.

The doctor performs his operations at the Parque Hospital and Tara Clinic in Santa Cruz de Tenerife. Two reference centres for surgical procedures in the Canary Islands, which offer their patients all the guarantees of professionalism and accessibility.

Since 2020, in addition, he has been consulting at his own centre, Dr. Blas García Clinic, in Santa Cruz de Tenerife, inaugurated after the rise of patients requesting Dr. García skills.