Dr. Blanco researches have contributed to the development of techniques that allow an early diagnosis in the field of rheumatology. This fact has made him an eminence in his specialty 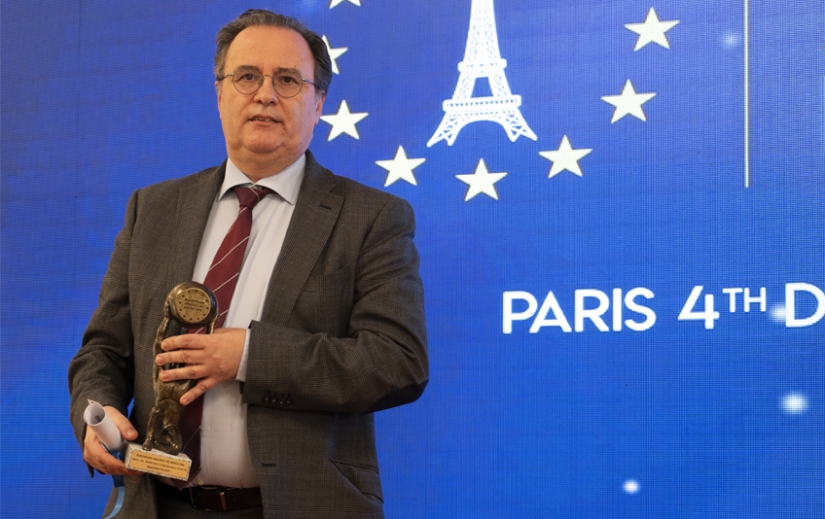 Dr. Francisco J. Blanco García was born in Cee, Galicia, and studied Medicine at the University of Santiago de Compostela. He coursed his specialty in Rheumatology at the Hospital 12 de Octubre in Madrid, later delving into the study of joint degeneration mechanisms at the University of California, San Diego.

He currently works as a rheumatologist at the University Hospital of A Coruña and has become director of the Biomedical Research Institute of A Coruña (INIBIC), accredited by the Carlos III Health Institute. He is a corresponding academic of the Royal Academy of Medicine and Surgery of Galicia, Extraordinary Prize by the UDC and Professor of Medicine at the UDC.

Dr. Blanco García's work in the medical field is focused on developing a comprehensive research in the field of rheumatic diseases, with the aim of improving the health of rheumatologic patients. To this end, INIBIC works in six programs that have to do with osteoarthritis, rheumatoid arthritis, spondyloarthropathies, connective diseases, osteoporosis and microcrystalline arthritis.

His contributions have had a profound impact worldwide, helping to understand the pathogenesis and diagnosis of Osteoarthritis. In the same way, Dr. Blanco has received several awards, such as the award for the best Researcher in 2017, awarded for the first time to a Spanish by the International Society for the Study of Osteoarthritis (OARSI); Barrie de la Maza Award from the Royal Academy of Medina and Surgery of Galicia in 2003, 2007 and 2017, Innovation Prize of the European Spa Association (ESPA) and the Marcial Campos Award in 2016. In 2001 the Xunta de Galicia (public organism) granted him the Mozo Researcher Award.

Doctor Blanco has made one more important contribution in the technological field. He has become the first international reference in the application of proteomic technologies in the study of osteoarthritis. Therefore, he is the national coordinator of the B / D Program of the Spanish Chromosome 16 Consortium, and the International Coordinator of the Rheumatology and Autoimmune Diseases initiative of the Human Proteome Project of the HUPO.

The expert has been General Secretary of Osteoarthritis Research Society International (OARSI) between 2013 and 2015 and member of the Steering Committee from 2009 to 2013. He is part of the European League Against Rheumatism (EULAR) and the Spanish Society of Rheumatology (SER) for the study of osteoarthritis; and he is currently the Alternate Member Representing Clinicians in the Committee of Advanced Therapies (CAT) of the European Medicines Agency. He has been Deputy of the Technical Commissions for the evaluation of "chronic diseases and inflammation" and "biotechnology, bioengineering and genomic technologies" of the ISCIII-FIS and Principal Investigator of more than 100 regional, national, European and North American competitive research projects (NIH).

Throughout his career he has directed 26 doctoral theses and currently co-directs 9 theses. In the field of clinical research, he has coordinated more than 100 clinical studies in rheumatic diseases. He is editor in chief of the magazine of the Spanish Society of Rheumatology, Clinical Rheumatology since 2014 and Associate Editor of Osteoarthritis and Cartilage; BMC-Musculoskeletal Disorders and Arthritis Research and Therapy. He has also been Chair and Co-Chair of several International conferences and has recently been appointed by the ACR (American College of Rheumatology) co-Chair of the Scientific Program for the next three years.