Eric Van Cutsem is leading and involved in many studies and research projects, evaluating new treatment options for patients with different digestive cancers 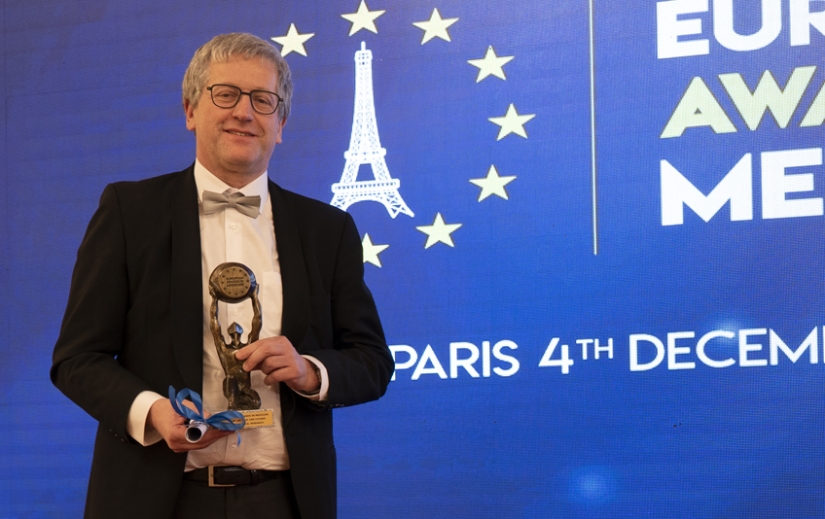 Eric Van Cutsem, MD, PhD, is full professor and Head of the division of Digestive Oncology at University of Leuven, (KUL) and at the University Hospitals Gasthuisberg, Leuven, Belgium.

He became in 2018 doctor honoris causa of the Medical University of Warsaw, Poland. He is member of the Belgian Royal Academy of Medicine and president of the Belgian Foundation against Cancer and received several awards, the last important was in 2019 the ESMO (European Society Medical Oncology) Award.

Professor Van Cutsem’s research expertise is on the development of new treatment strategies for various digestive cancers, on the development of new drugs and of molecular markers and diagnostic tools for patients with various digestive cancers, including colon cancer, pancreatic cancer, biliary tract cancer, oesophagogastric cancer and neuroendocrine tumours.

Eric Van Cutsem has published 570 peer-reviewed articles (PubMed), 1206 articles in Web of Science, Thomson Reuters (h-factor: 119; >68.900 citations). His work has been published in the most respected publications such as the New England Journal of Medicine (10 manuscripts), The Lancet, Lancet Oncology, JAMA, JAMA Oncology, Journal of Clinical Oncology, Cancer Cell, Nature Reviews Clinical Oncology, Cancer Discovery, Annals of Oncology, Clinical Cancer Research, Journal National Cancer Institute, European Journal of Cancer, British Journal of Cancer, Gastroenterology and GUT. In 2013, Prof Van Cutsem was mentioned in Capital (a French magazine) amongst the top 3 reputed colon cancer experts in the world and is mentioned in Thomson Reuters within the 1% highest impact in his domain (www.highlycited.com).

Prof Van Cutsem is a member of many scientific organizations. He is a member of the scientific program committee and educational committee of ASCO, ASCO-GI cancers symposium, ESMO, UEG, and ECCO. He serves on several committees within UEG, including the Educational Committee, the Public Affairs Committee and the Scientific committee. He served for ESMO as executive board member from 2011 to 2013 and since 2014 is on the ESMO press committee. He was secretary from 2000 to 2003, chair of the EORTC-GI group from 2003 to 2007, and was chairman of PETACC (Pan-European Trials on Adjuvant Colon Cancer) since 2008. He was board member of the EORTC from 2009 to 2015 and is president of European Society of Digestive Oncology (ESDO) as well as co-chairman of the European Neuro-Endocrine Tumour Society (ENETS) registry.

He was chairman of the governmental colon cancer prevention task force in Flanders, Belgium, which implemented the screening program for colon cancer and was president of BGDO (Belgian Group Digestive Oncology) from 2010 to 2016. He was president of FAPA (Familial Adenomatous Polyposis Association) until 2016 and is now vice-president of FAPA and is member of the general assembly of Kom op tegen Kanker (Flemish Cancer League). He is medical director of Europacolon and co-founder and medical director of Digestive Cancers Europe (DICE) (patient advocacy groups).

Prof Van Cutsem is the founder of (1999) and is also the chair of the scientific committee of the ESMO GI/World Congress on Gastrointestinal Cancer in Barcelona, Spain (in partnership with ESMO since 2005), which is the largest meeting on GI cancer with >3500 participants.