Dr. Llorens stands out as a pioneer in Spain in the implementation of Coronary Bypass Surgery with mechanical anastomosis and epidural anesthesia 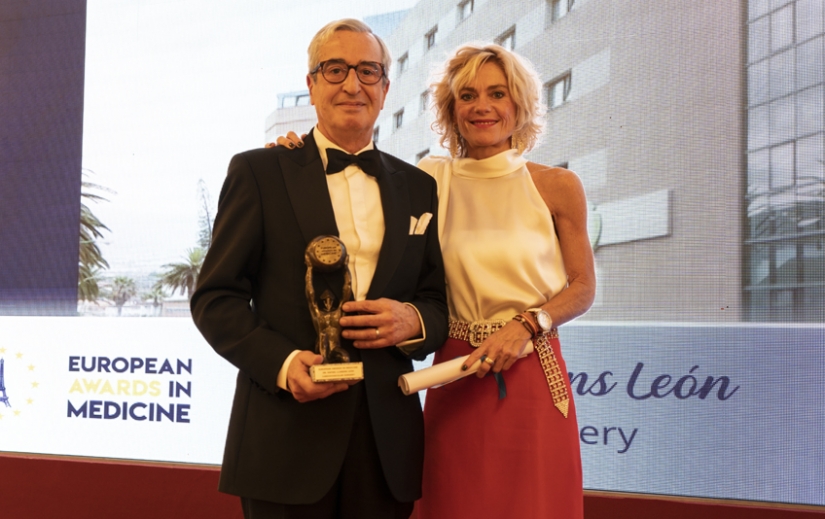 The Cardiac Surgery specialist has a degree in Medicine and Surgery and a PhD from the University of Navarra getting an extraordinary award in 1980.

Since 1996, Dr. Llorens leads the Cardiovascular Surgery Service at Hospiten Rambla, being at the forefront of techniques in this specialty for years, using arterial mammary grafts, coronary surgery without an extracorporeal pump, and having done more than 3,000 interventions with this technique.

He has written and collaborated in more than 100 national publications 51 international magazines, as well as 6 books. Furthermore, he has made 217 communications and presentations and 16 conferences. Among his academic achievements, he also stands out as a pioneer in Spain in the implementation of Coronary Bypass Surgery with mechanical anastomosis and with epidural anesthesia, both in 2004.

Not to forget that Dr. Rafael Llorens led in 2002 a twelve people team that succeed in the first intervention in Spain that implanted a pig aorta in Santa Cruz de Tenerife, replacing the aortic valve and the ascending portion of the aorta, implanting the coronaries in the same swine prosthesis.

The doctor is a member of the main scientific societies both nationally and internationally and of the Royal Academy of Medicine of Tenerife. He has received the 21st Century National Medicine Award from El Suplemento. An award that means the recognition of their work from the medical, scientific and training fields.

Dr. Llorens collected the prize at the gala held in Madrid last April and in his speech congratulated the winners and thanked his family "for those hours of absence, work, no vacation ...", he said. He made special mention to the rest of the team that works with him, "who are in the shade, who do not receive awards, but without them, the result of this type of surgery would be impossible."

Now, he is granted with the European Award in Medicine, an international recognition that rewards the dedication and enthusiasm that has led him to position himself as one of the best cardiovascular surgeons worldwide.