An example of a company specialized in environmental management 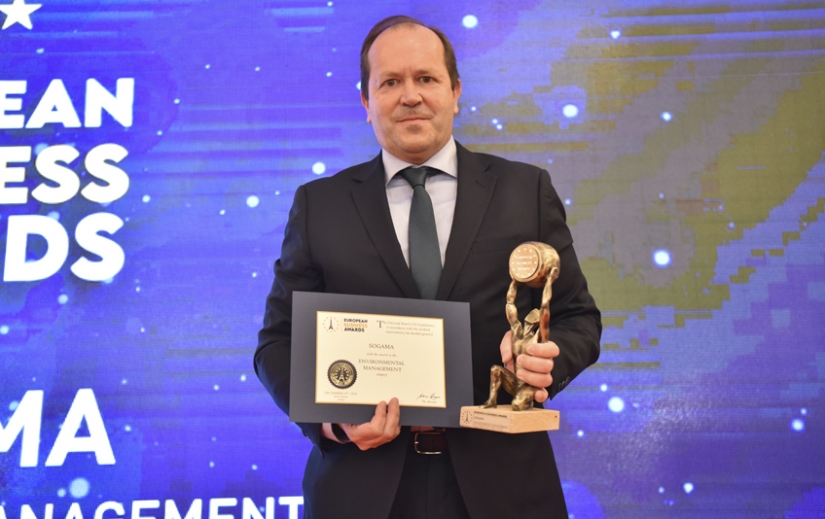 The Sociedade Galega do Medio Ambiente (SOGAMA) is a public company of the Autonomous Community of Galicia created in 1992 that has become a benchmark in environmental management.

Its urban waste management model is based on the 3Rs: reduction, reuse and recycling, which the company complements with the energy recovery of the non-recyclable fraction, preventing it from ending up in landfill, the least desirable option due to its negative impact on the environment and health.

Its industrial infrastructure is configured by an environmental complex in which most of the urban waste produced in Galicia is centralized, an industrial composting plant, a landfill of non-hazardous waste, which acts as a support instrument, and a network of transfer plants (37 distributed throughout the Community) whose function is to allow the transfer of waste from municipal collection trucks to containers of greater capacity and more suitable for long-distance transport, making use of the train as a preferred means. Although in 2016 it transported by rail 25% of the waste it treats in its Complex, it has currently reached 56%, thus betting on a more sustainable means, with less accident rate and less citizen inconvenience.

Thanks to the work of Sogama, which serves 94% of Galician municipalities, bringing together a population of more than 2,240,000 inhabitants, the vast majority of urban waste produced in Galicia is managed in a sustainable and efficient way, in accordance with the hierarchy established by current regulations.

On the one hand, the company emphasizes prevention, through measures aimed at avoiding the generation of waste under the premise of "the best waste is that which is not produced". In addition, it stimulates reduction through the dissemination of good citizen practices linked to responsible consumption, as well as the preparation for reuse in order to extend the useful life of products before being converted into waste. It also promotes recycling by separating waste by type and subsequent deposit in the corresponding containers for transformation into new raw materials.

The company values the materials recovered in its facilities, promoting the recycling of everything that can be used for this purpose and transforming the non-recyclable part into electrical energy.

The application of the most innovative technologies to promote a clean and highly efficient industrial process, as well as the awareness and environmental awareness of the population, are Sogama's priorities to transform waste into resources, in accordance with the precepts of the circular economy.

Javier Domínguez, executive president of Sogama, assures that the company works with the highest quality standards and with the aim of achieving excellence to significantly improve the quality of life of Galician citizens through the effective and efficient management of urban waste.

The methodology followed by the firm is based on three key fractions on which its activity is focused: yellow bag, black bag and brown bag. The yellow bag binds the materials collected selectively through the containers of the same color (cans, briks  and plastic containers). The company selects these containers by typologies in its facilities, sending them to the recycling centers.

For its part, the black bag represents the remaining fraction, which houses everything introduced in conventional containers. Sogama recovers this waste materially, using a plant that operates in line with industry 4.0, automatically separating the recyclable elements (different plastics, briks, steel, aluminum and glass, among others).

It also has an industrial composting plant to which the nearest municipalities take the organic matter collected through the brown container for transformation into high-quality compost.  Likewise, Sogama will build and manage three new industrial composting plants in different parts of Galicia and will adapt 13 transfer plants so that organic waste can be transferred there.

In addition, it holds the Cantabrian Excellent Award 2015 and the National Award El Supplement 2016, both granted by El Suplemento . Now, thanks to their good work and their example of circular economy, they receive the European Business Awards in the Environmental Commitment category.