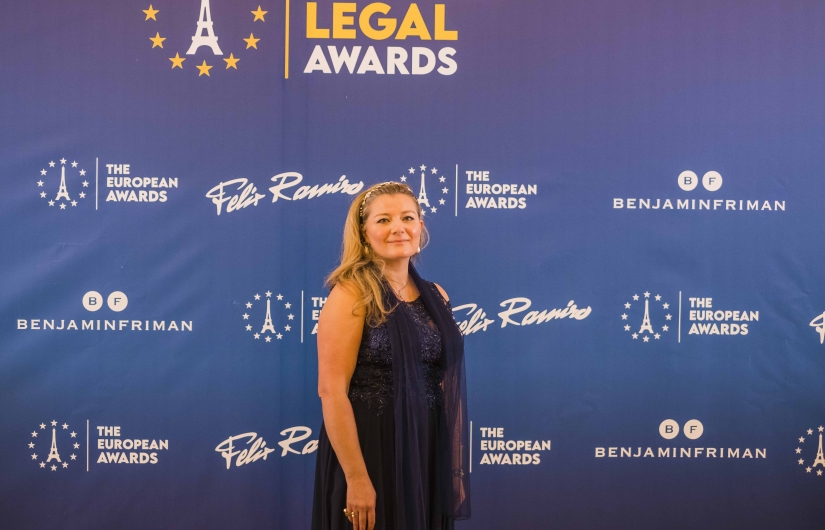 With a professional experience of around 20 years, Nadine Ghorayeb has been a solicitor since 2004. She is a lawyer at the Paris Bar and holds the certificate of aptitude for the legal profession from the EFB (Paris) since 2003. She is a doctor of private law from the University of Paris Descartes (Thesis on Legal Protection of Distinctive Signs on the Internet) and holder of a DESS in Business Law from Paris Descartes. She has a master's degree in law with a specialization in “Judicial Careers” from same university.

Over time, Nadine Ghorayeb has forged privileged links with a number of professionals, both nationally and internationally, from the sectors concerned allowing to call on them, if necessary, whenever the interests of the client or the case require it.

She has worked in several renowned firms at the Nice Bar, then at the Paris Bar. Previously, she was a Company Lawyer. Therefore, she acquired experience in drafting legal and judicial acts - In addition, she was a Teaching Officerat at the Paris Descartes Law University in Labor Law, then Lecturer in Commercial Law at IPAG (Nice) and Lecturer in corporate structure law at EDHEC (Nice). Among her expertise, she is fluent in English, Arabic and Spanish.

Nadine Ghorayeb is definitely an animal lover and has been having animals since childhood. She always felt concerned about animal welfare and decided to join animal’s s organizations.

Several years ago, she became interested in animals’ rights and protection and decided to include it in the scope of her legal activities so that she would help abused animals and contribute to legal changes concerning their welfare, protection and rights.

Despite the fact that animals’ rights has not yet become a specialty in French bars, she gained skills and experience in that field with her fighting. Thus, she has been the lawyer of animals’ protection organizations.

Several years ago, she decided to become a member of Association Stéphane Lamart pour la defense des droits des animaux, association d’utilité publique and was even a member of its board. She has been helping it for years with its fights for animal’s s rights, protections and welfare.

The association Stéphane Lamart, has several shelters, and rescues animals that have been abused, abandoned. It has been lobbying members of the French Parliament to get laws passed to improve the living conditions of animals. It has been fighting against the Yulin Festival in China.

Nadine Ghorayeb represents associations or organizations behind courts when animals have been severely abused. She has been the animals’ voice by representing them through organizations or their owner when they have been abused.

Animals are victims of intentional cruelty, sexual abuse and neglects. Animal abuse is most of the time linked to domestic violence. She became highly skilled in that field. She has been dealing with a large amount of litigation, and contributed to case law’s construction. Indeed, Court decisions constitute case law and help animal’s s rights to evolve.

Lately she was happy to welcome the new legislation that has been passed by the French Senate on 18 November 2021. This law responds to her and the animal's organization fights.

For instance, it severely increases the penalties in case of animal abuse, and soon will prohibit live circuses, and sales in pet shops, dolphinariums etc.

Nevertheless, the fight is not over and there is a lot of work, in France, Europe and all over the world where in some countries animals’ rights and welfare do not exist.