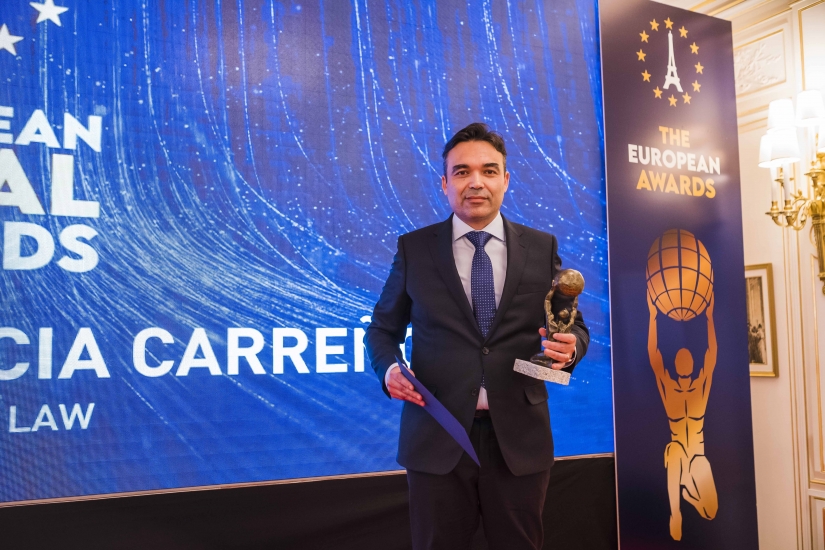 Celestino García Carreño is a lawyer specialized in Consumer Law who heads a firm founded in 1999 and located in Avilés, Asturias, Spain.

It is a highly specialized law firm, expert in claims on usury, bank commissions and Right to Honor, within the banking field, for illegal inclusion in ASNEF and BADEXCUG files. In the last five years it has been consolidated as a benchmark for success in these specific areas of Banking Consumer Law at a national level.

A good part of the work focuses on the application for the nullity of revolving credit card contracts, having represented a milestone in its performance the judgment of the Supreme Court of March 4, 2020.

The resolution of the High Court declared the nullity by usury of this type of cards, in whose appeal of cassation, Celestino García Carreño, dealt with the defense of the consumer.

The sentence has had a great transcendence, national and even international media repercussion with the publication of an article in the prestigious newspaper The New York Times about the relevant work carried out by this office.

This sentence is invoked daily in courts throughout Spain and has been a before and after in everything related to the interest rates applied by banks and financial institutions to credit cards, whose average rates -published by the Bank of Spain- are in free fall since then.

The judgment of March 4, 2020 was a culminating point in a procedural path begun in 2016 with the filing of the first lawsuit in this matter.

This one requested the nullity of the credit card agreement and, for the first time, the restitution of the entire amount paid by the borrower above the financed capital.

These types of lawsuits have become viral since the Supreme Court ruling, the result of the effort and impeccable work of the Celestino García Carreño brand.

"The main objective of our firm is to free the consumer from contracts that become eternal, by turning the consumer into a captive debtor," explains the lawyer. "Financial institutions that place this type of usurious products benefit considerably by applying very high interest rates, sometimes close to or even higher than 30%, plus a compound interest to the debit balance of the card. To all this is added the lure of the "payment of a minimum fee", which generates the effect that the debt is not that it does not go down, it increases instead, becoming eternal” he concludes.

The solution that this firm offers to its clients is the declaration of nullity of the contract, that puts an end to the abuse and gets the loan shark to return everything charged above the borrowed money, plus interest from each improper collection.

The lawyer, whose name he shares with the firm he directs, has been a pioneer in bank claims on the subject of usury and has come to position himself as the best in Spain in Consumer Law, according to the national ranking prepared by Emerita Legal.

More than 3,000 favorable judgments against banks and financial institutions in matters of usury, commissions and illegitimate interference in the Law make up its professional guarantee. "We know how to win the bank and get the best results for the client" is the maxim that we can read of their website. And so it materializes in reality, through the experience, professionalism, knowledge and transparency work done  from the Avilesian office.

Parameters that are part of the essential and differentiating values of the firm.

In addition, García Carreño is the lawyer who has beaten the Wizink bank in the Supreme Court for the usury of its credit cards. The lawyer states that, since then, "there are many more clients who dare to sue this financial giant and others. We have cases all over the country, with days of up to ten trials a day."

According to big data, the firm's judicial performance index is 100, with a success rate of cases that is close to 100%, figures that place it as a reference firm in Consumer Law throughout the national territory.

The more than 3,000 favorable final judgments obtained so far, as well as the achievement of refunds exceeding 25,000 euros, are some of the milestones reached by the lawyer and his office.

All this, thanks to the daily effort to end the usury of banks and financial institutions. Its success has transcended our borders, that is why it has obtained the European Legal Award 2021 in the Consumer Law category.