“Divorce is not a whim, is a necessity and should be at everyone´s disposal” 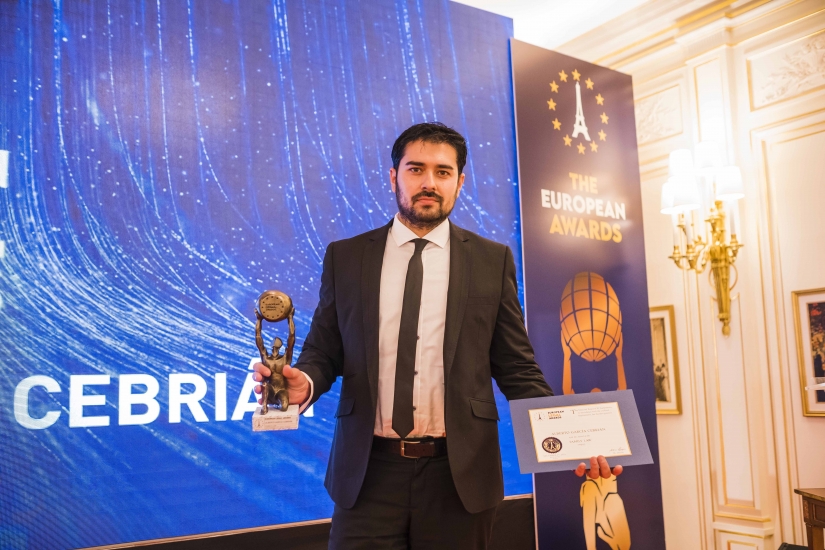 The lawyer Alberto García Cebrián, specialized in Family Law, is a pioneer in offering free premarital counseling at the 1001 IFEMA Weddings fair, which represents an evolution for new marriages and their mentality, since now, for the first time, legal assistance is conceived as a necessity.

For the attorney, a marriage`s value cannot go unseen as he considers we must become conscious before taking this big step and values should remain essential.

Caring for and reinforcing family relationships to avoid subjecting them to more pressure than what they can actually bear it is essential, as well trying to prevent confrontations, breakups, and extreme situations, that would certainly harm children in the family.

All of it seen as an obligatory fact in García Cebrian’s eyes, as he considers necessary to promote joint responsibility in parent-child relationships to prevent conflicts and divorces, especially the conflictive ones, so if the process of divorce is inevitable, may it be in good terms.

At Cebrián Lawyers – Lawyers Buffet directed by Alberto García Cebrián – they try to dedramatize, normalize, and democratize Family Law, contributing to the increase of the percentage of amicable divorces.

“Each family agreement has an immeasurable value, as it is a solution for a family that needs it and most importantly, it allows them to save money, time, and confrontations” as they explain.

The legal sector systematically focuses on applying Positive Law and in its evolution and application from a technical point of view.

At Cebrián Lawyers, in addition, they take into consideration its practical application and social evolution, as in the family environment there is still a lot of ignorance and he remarks “It is not about us having a Rule of Law based on countless theoretical rights, which most of them appear as invisible for most of the population, rights must be effective when it comes to practice”

Families must be able to manage their own family relationships, and to act in the most autonomously possible way without having to continuously turn to lawyers when problems arise, rather we should encourage them to get preventive advice, so eventually going to a lawyer’s buffet won’t be due a specific matter anymore, but it will become part of their daily life as they go with the intention of avoiding conflict and get a better insight as they intend to make better decisions.

Following this path, next generations will evolve to healthy family relationships, based on the knowledge of their family rights and obligations, and a proper sentimental education that will lead us to more valuable family relationships that above all, hold respect for themselves.

In Spain, we count with great professionals in the legal sector, as they perfectly know the legal system, but most importantly is that all this knowledge is being correctly transmitted in such a way that it is accessible for everyone.

At Cebrián Lawyers they stand up for amicable divorce. “In the process of getting divorced, the family unit remains the same, since it is composed by the same people, despite of their subsequent evolution, this means divorce needs to be organized in a different way, it must be adjusted in an inclusive way, so we can assure no member is being excluded.” They claim.

For García Cebrián, the key is to reinforce both conscious marriage and divorce and healthy romantic relationships as well, this way we can allow people to freely decide on what they want, and to act consequently taking care of their marriage while it is still possible, and also consider to conclude it on time when needed.

“We must define our priorities and use our common sense, so if we are not aware of the legal consequences of our marriage, we will be risking our family relationships.”

According to the lawyer, the system merely focuses on the divorce, usually forgetting to address it´s prevention. It is like putting a Band- Aid on a major wound, instead of going to the root of the problem to properly fix it.

We are so used to toxic relationships so we finally need to understand, this is not promoting stability nor family happiness.

Some people consider we have to think twice before asking for divorce to not end up regretting, but the reality is, maybe we are not fully aware that when it comes to marriage, many people were wrong in the first place when they got engaged without asking for prior assistance, when they proceeded to arrange the divorce when it was already too late, or when they decided to not get a divorce despite acknowledging that it was necessary.

“We must use the same diligence for all decisions we make. Even if we are married, we are no one`s property and no one is ours.

“Divorce itself implies separation, two people break up but ultimately they break” Claims the lawyer who, at the end of the day, advocates for a Legal System which aims to reinforce family relationships to promote healthy, conscious, and well-intended marriages.

In this matter, the lawyer created “Divorcionetas” for everyone who is looking for an amicable divorce for €150 euros per spouse in any Court of Spain, with a unique and revolutionary advertising at street level in labeled vans, which have helped to overcome the fear, taboo and prejudice around divorce and its evolution, “divorce is not a whim, is a necessity and should be at everyone´s disposal”.

Concludes the lawyer, also a pioneer in “safe marriage” offering services in preventive legal advice in Family Law, both premarital and marital, and if necessary, divorce, of course, an amicable one always managed in good terms.

That is exactly what his book “Together or separated, but happy” is about which is now available in its second edition.