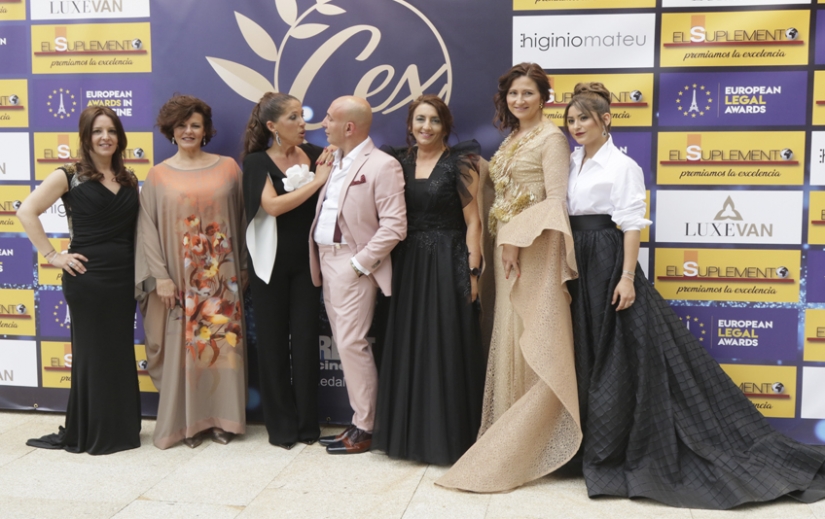 Good taste in different styles. That it what defines designer Higinio Mateu’s work. On this occasion, the female staff of the Cantábrico Excelente Awards 2019 was dressed by the designer in the fifth edition held at Finca Montesqueiro, A Coruña. On the image, next to the stylist Tomás Salcedo.

The Spanish designer is a regular collaborator of the organizing company, El Suplemento.

Higinio Mateu Atelier is a fashion space created to give an exquisite fashion advise for a special day, prioritizing the dress code for occasion. The designer, Higinio Mateu offers not only dresses and suits, but also any kind of accessorizes in order to make your outfit the shiniest.

The high couture designer, started his career in 2001 as Manuel Fernández fashion assistance, being part of his team at several Fashion Weeks (New York, Valencia or Madrid). He represented the Comunidad Valenciana at the Bienal de Jóvenes Diseñadores in Napoli 2005.

He opened his Prêt-à-Porter store in Castellón (Spain) in 2010, and in 2018 he opened his first store for men: Higinio Mateu Hombre.

Special ocassion gowns and suits are added to his famous wedding dresses, that fit perfectly to each woman’s personality.

Tulle, lace, plummet, guipure are the main fabrics that Mateu uses in order to make each garment to be unique.

After longer years of work and effort, the designer has achieved awards such as the National Moda Excelencia Empresarial Award 2014, the Tijeras de Oro 2010 award or Creamoda Bilbao Award.